Read below the amazing story of Samantha and learn more about her journey with sarcoidosis. 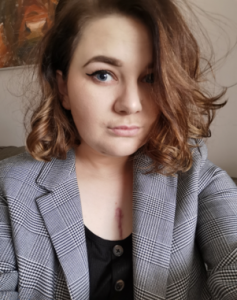 Hello, I’m Sam and I am writing this and the other interviews, in hope to educate you on everything that is and what comes with having a rare and so far incurable condition. To somehow inspire others to share their brave stories and journeys with other patients and readers, because I feel awareness is required in order for others to understand what we go through on a daily basis and how having Sarcoidosis impacts our lives.

What is your condition and when were you diagnosed?

I fell ill at the end of 2016 but was properly hospitalised at the beginning of 2017 with what I assumed a heart attack. I was admitted into the Cardiac Unit. My consultant Dr Hargreaves, is the best doctor that I could have wished for, he did not rest until they had an answer and a way forward. After 3 months of being in hospital, I was diagnosed as either a form of cancer or Sarcoidosis, which I hadn’t heard of however the fear of the word cancer rattled not only myself but all in the room.

The ward and staff were amazing, they allowed my family to take shifts throughout the nights to keep me company until we had a definitive answer. I can remember, eventually, one of the nurses popping her head in and say “It’s not cancer, it’s sarcoid. Obviously your team will be in to discuss very soon. But I thought I needed to let you know that at least you don’t have cancer”.

I remember looking at everyone, who all had a (short-lived) expression of relief. Those expressions quickly turned into confusion and worry. Then questions started coming to everyone including myself, the most common being, what is Sarcoidosis?

How did the condition impact you personally?

I was put on a massive dose of steroids to tackle the immediate inflammation (and I can see why it is referred to the miracle drug – it helped) but the side effects were unreal. I gained an enormous amount of weight, going from a size 10 to an 18 in the space of a few months. That was hard. I struggle with daily chest pains and I’m prone to fatigue; and when I say fatigue I don’t mean feeling tired, I mean exhausted and completely anchored. Mentally, I can struggle with concentration, social anxiety, speech, Brain fog, (which it is basically confusion and inability to concentrate).

What is the worst thing about your illness?

Hands down, how debilitating it can be, both physically and mentally.

My partner, Jonny allows me to feel the most lucky and humbled, he is best person that I could ever have the honour of being loved by. However even with all that, we can sometimes struggle between the line of being in a relationship and being in a carer/patient relationship. Sometimes we both forget we need to still be putting the effort into each other in the simple ways we all put in for our own relationships and I think it’s important to never forget that although your partner may be your main care giver, they are your partner firstly.

Obviously, having an invisible illness does make some situations, such as using public transport for example, quite difficult. I may look completely fine to someone who doesn’t know me, so when I require assistance or even a seat, I have to deal with the sly comments and judgemental stares assuming because I look “normal” that there is no way that I could be disabled – whilst I park up displaying my blue badge in a disabled bay.

How do you feel your condition has impacted your mental health?

At first I was heartbroken, literally, I was scared. Scared I wouldn’t be loved or wanted now I was, disabled. Now that I am an even bigger burden. I was causing my loved ones so much anxiety and stress, I was causing more pain than love.  I had to learn how to become me again, I had to learn how to mourn my past self. Seeking help or therapy is the best advice I can give, you only come out a better person, but you need be ready to work hard too. 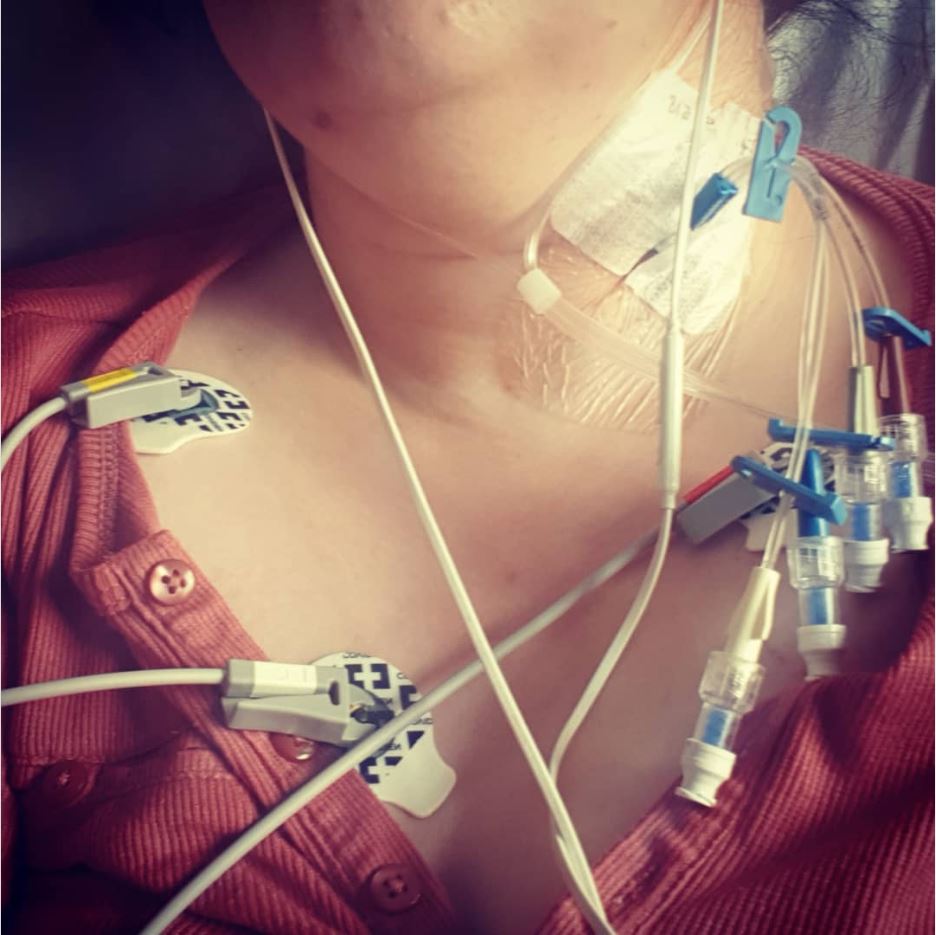 What are you passionate about?

I love fashion and art and food! I think it is important to always remember that you are still capable of enjoying the things you love, regardless of ability. When there is a will, there is a way!

Do you use any aids or other types of hacks to help you function daily?

In terms of hacks, I tend to be much more aware of where my energy is used. So where I can save my physical and mental energy I will, in order to output elsewhere. That has taken me a long time to do, because I used to be very hell to the leather and then would be in a bad way for few days. So really, it’s just ensuring you rest when you can and need to. There is a balance.

If you could go back to the beginning of your diagnosis, what would you tell yourself?

Do you know, I don’t know if telling myself anything would have helped. I was stubborn that I probably wouldn’t have listened. I suppose trust in the process and the treatments, ensure you listen to your body (in terms of rest), listen to your mind (in terms of needing help). I also joined Instagram. This is where I found an amazing supportive network of people all going through similar things to myself.

How has SarcoidosisUK helped you?

They gave me access to a network of people going through similar things who are there to support each other in any way they can. I also am getting to write this series, which helps me further in achieving my goal of raising awareness for Sarcoidosis and now, for the charity itself. It also provided me with wealth of knowledge on a disease I have but barely knew much about.