SarcoidosisUK is supported by our amazing Corporate Partners. These companies have generously aided SarcoidosisUK in raising funds and awareness.

QX Bathroom Products are a family run, family owned, business based in Kent importing and distributing bathroom products throughout the UK. Founded by Duncan and Carolyn Andrews in 1990 the business celebrates 30 successful years of trading in 2020. The association with SarcoidosisUK is very important to the business as Carolyn, one of the founders of the company who sadly passed away from the disease in April 2018.

The business and family are committed to raising funds, with £30,000 being raised in 2019 through various fundraising events. This was also matched by the British Lung Foundation which makes a huge difference to a small charity. This fundraising will continue throughout 2020 with the company golf day receiving support from customers, suppliers, friends and family who all very much get behind the work the charity are doing.

The Sarcoidosis logo will be present on the cover of all 150,000 brochures produced by QX in 2020 and will be proudly displayed on all new company vehicles going forward. We hope this will go some way to improving public knowledge and awareness of the condition and the charity.

Founded in 1892, Bromley Football Club is an institution that is over 120 years old. Currently this professional football team are members of the National League, the fifth tier of English football, and play at Hayes Lane Stadium. Unofficially known as the lilywhites due to their white home kits.

Bromley FC is our newest Corporate Partner, affiliating with the charity for the 2019 / 20 football season. We are so excited about the what this is contributing to the charity, not only for fundraising but also for the level of awareness that they are helping raise.

The South Stand at Bromley FC’s stadium Hayes Lane has an amazing SarcoidosisUK banner stretching the entire length of the pitch. This means that everyone attending the matches is able to see our logo. With a stadium capacity of 5,000 people and over 50 matches played over the 2019 / 20 season, that is a lot of people! The SarcoidosisUK logo is also located on the sleeve of the new 2019 / 2020 shirts.

Bromley FC highlights and interviews are televised each week on BT Sport – the SarcoidosisUK logo is visible to a national audience! Not to mention the videos, pictures and posts that will be made on Bromley FC and BT Sport social media.

This partnership can prove to be transformational for the awareness of SarcoidosisUK! 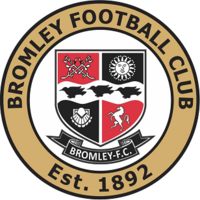 The company continues to do amazing things for the charity including various fundraising events and matched donations. This means that every pound that you donate towards their SarcoidosisUK they will match. With our research partners matching all money raised this means that your donation is worth 4 times as much to the charity.

Saint Albans Players – A Bristol based Drama Group that support SarcoidosisUK throughout 2017/2018.